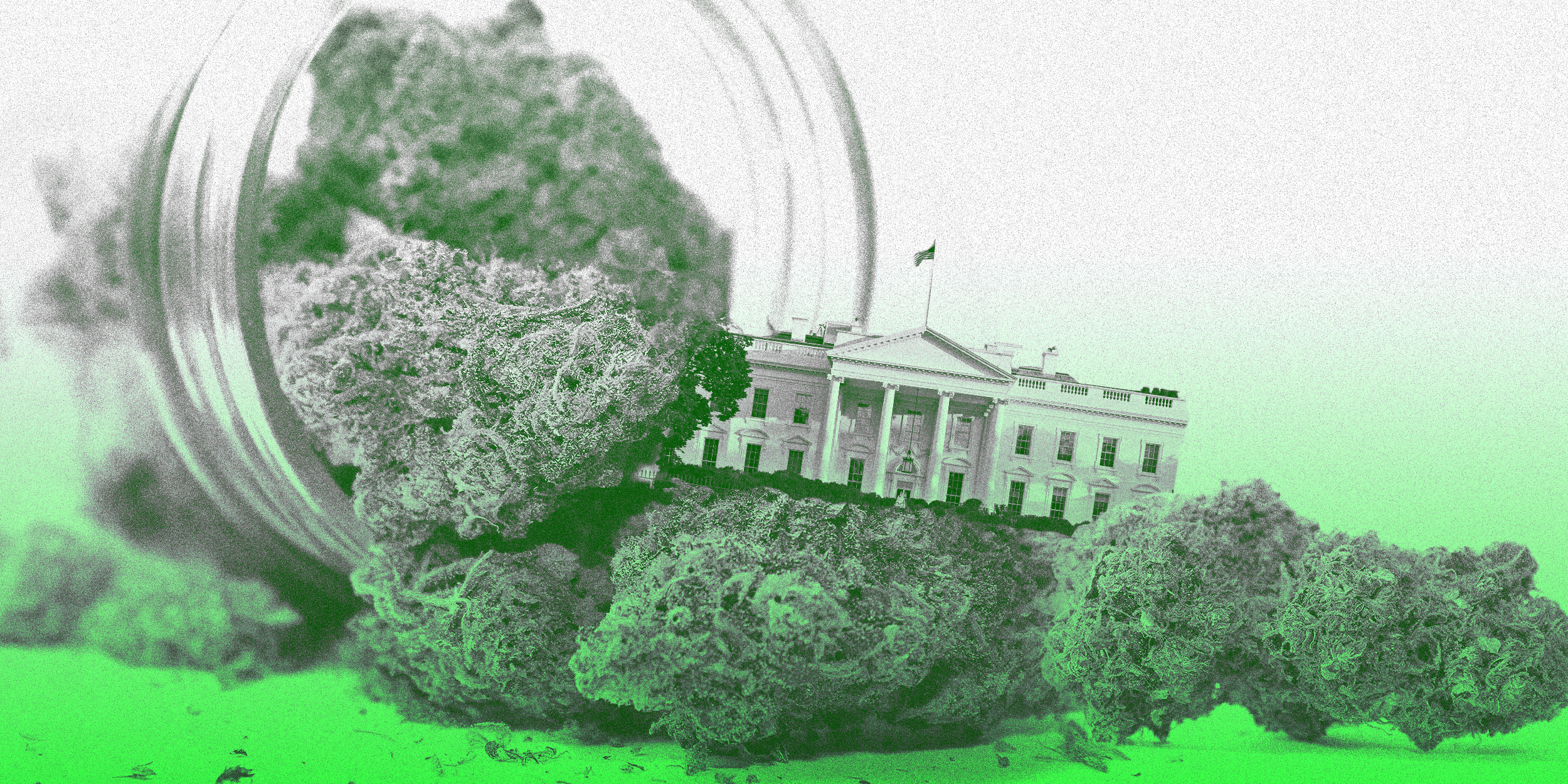 Cannabis advocates and politicians in Washington, DC were hoping that 2021 would be the year that the nation’s capital would finally legalize adult-use weed sales, but the Biden administration is actively trying to crush those dreams.

Although DC legalized cannabis possession and use for adults in 2014, it remains illegal to actually sell non-medical pot anywhere in the District. The legal confusion created by this voter-approved law has created a “grey market” where businesses exchange “free” weed for merch, speeches, art, or “donations.”

To crack down on these quasi-legal sales, city officials began taking steps to create a fully licensed and regulated retail market. But before they could act, Rep. Andy Harris, a Republican from Maryland, added a rider to the annual federal budget bill that specifically blocked DC from spending its own tax dollars to regulate retail pot sales. Democrats have made efforts to strike this rider down, but Republicans managed to renew it every single year.

This year, now that the Democrats have supermajority control over the White House and Congress, DC politicians and activists believed that the time for legalization had finally arrived. This March, Mayor Muriel Bowser and City Council Chairman Phil Mendelson each proposed their own separate retail legalization bills, in hopes that Congress would finally strike Harris’ rider from the budget bill.

Last week, the Biden administration may have shattered those hopes. Last month, the White House released the full details of its $6 trillion spending plan for the upcoming fiscal year. And although the administration’s version of the budget includes a longstanding rider that protects state-legal medical marijuana operations from federal interference, it also includes the rider that blocks DC from legalizing retail weed sales.

“The president’s budget is simultaneously positive and concerning. On one hand, unlike his predecessors from both parties, he is the first sitting president to call for continued protections for medical cannabis programs,” said NORML Political Director Justin Strekal to Marijuana Moment. “But on the other hand, unlike President Obama, this budget denies the right of self-determination to DC citizens when it comes to the overwhelming desire of the public and local government to regulate cannabis for adults.”

Rep. Eleanor Holmes Norton (D-DC) told Marijuana Moment that she is “very disappointed that the president’s budget maintains the marijuana rider… It’s hard to reconcile with his strong support for DC statehood—and, for that matter, with the rest of his budget. For example, he does not interfere with medical marijuana.”

Since DC is not a state, it has no actual representation in Congress. Norton currently serves as Delegate to the House of Representatives, but she is not allowed to vote on any bills, even ones that directly impact her District.

“DC is the only jurisdiction that must seek approval from Congress on how we spend our local dollars and govern our affairs,” said At-Large Councilmember Christina Henderson to The Outlaw Report. “If President Biden truly believes in DC Statehood and our right to full autonomy and representation, this is part of it.”

DC Ward 4 Councilmember Charles Allen, who cosponsored one of the city’s current legalization bills, told The Outlaw Report that he was “shocked” that Biden would continue to interfere with the city’s plans. “To maintain the rider is anti-democratic and misses an opportunity to right a wrong around local governance and self-determination for Americans living in DC,” he said.

Although the Biden administration clearly supports the inclusion of this amendment, it is up to Congress to debate and approve the final federal budget. And given the strong support that lawmakers have recently been showing for weed reform, there is still a chance that the rider can still be removed.

Over One Third of US Voters Know Psychedelics Have Valid Medical Use, Poll Says

BEST PRODUCTS FOR YOUR BOXER