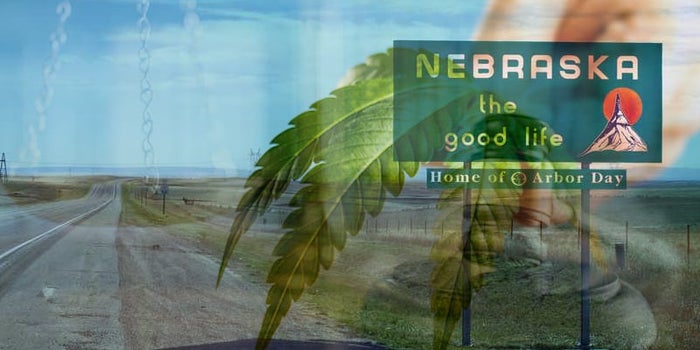 In 2020, advocacy group Nebraskans for Medical Marijuana collected over 200,000 signatures on a petition to place a medical marijuana legalization measure on the general election ballot. Local cops immediately filed a legal challenge against the campaign, arguing that it violated the state’s single-subject rule for constitutional amendments. Last September, the state Supreme Court sided with the cops and killed the legalization measure.

Earlier this year, Democratic Senators Anna Wishart and Adam Morfeld tried to push a medical marijuana bill through the state legislature, but it was quickly crushed by the state’s GOP leadership. And even if the bill had succeeded, Governor Pete Ricketts – a vehement prohibitionist who still makes ridiculous claims that legal weed will kill children – would certainly have vetoed it.

But unlike the politicians they elected to office, the vast majority of Nebraskans want legal access to medical pot. And since the current administration seems determined to stamp out any attempt at reforming the state’s antiquated cannabis laws, a popular vote seems like the only possible solution. So this year, Nebraskans for Medical Marijuana are bringing back their ballot campaign, with a few changes to ensure that the proposal can survive any legal challenge.

“This time around, we are absolutely making sure that everything is very solid and there are no holes in anything and nothing that the opposition can use in the future to try to overturn things,” said Crista Eggers, the group’s signature drive director, to Marijuana Moment. “What that means right now is that we most likely will be circulating several petitions.”

Instead of rolling all aspects of legalization into one measure, activists are drafting several individual initiatives. The first of these is a constitutional amendment that will simply state that “persons in the State of Nebraska shall have the right to cannabis in all its forms for medical purposes.” The group is also drafting statutory initiatives to create the specific laws and regulations needed to establish a working medical marijuana program.

Eggers told Marijuana Moment that the group plans to “hit the ground running on a mass scale” starting on July 1st, so that “you just can’t go anywhere without somebody being there to collect your signature if you’re ready. There is absolutely no doubt in my mind that we will get this done. But we want to get it done smart and strategically so we have the best chance of success.”

How Do You Determine CBD Dosage for Dogs?

Charlotte’s Web Announces Completion of One of Three Hemp…

The Hottest Hip Hop Documentaries for Your Next Movie Night

Consider Yourself A Foodie? Try These 10 Weed Products

What Happened to the $650 Million Dollar Cannabis Ponzi Scheme

Why Do Republican Lawmakers Want President Biden to Reclassify…

Caring For Your Senior Dog