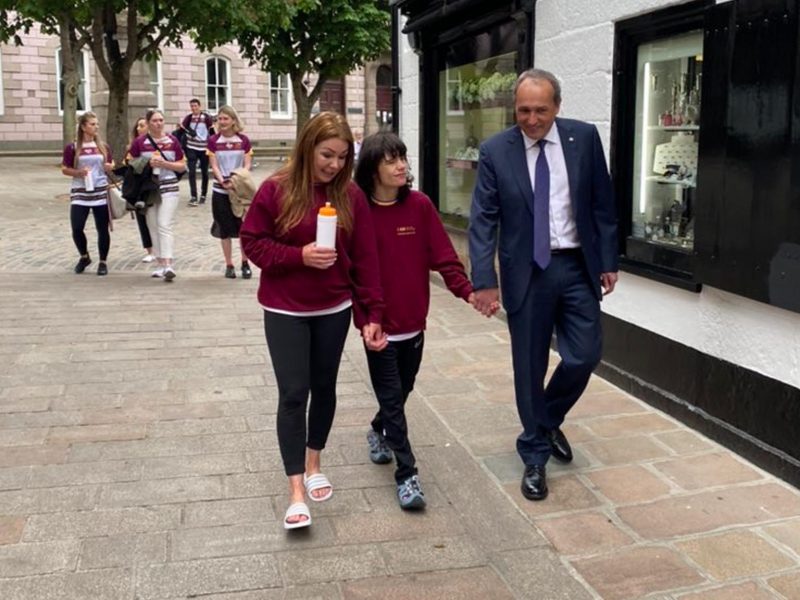 Three years ago this week, British customs police seized a six-month supply of CBD oil that Charlotte Caldwell imported from Canada to treat her epileptic son, Billy. Deprived of his medicine, the 12-year-old boy began suffering life-threatening seizures, and news of his plight quickly spread like wildfire throughout the UK press. This public outrage reached such a peak that the UK Home Office finally buckled and agreed to legalize medical cannabis by the end of 2018.

But although medical marijuana is now technically legal in the UK, most Brits are still unable to access or afford this new medicine. Health officials have only approved two cannabis-based medicines to date, and as of last fall, the country’s public health system had only granted three prescriptions for these treatments. Other families hoping to find cannabis oil for their children have been forced to import it from Europe at great cost – a process that has been made even more difficult by Brexit.

Late last month, Billy and Charlotte Caldwell set out on a 1,000 mile walk to help raise awareness for a new campaign to expand medical cannabis access in the UK. Along with friends and supporters, the family walked from their home in Northern Ireland to Westminster, where the UK government is based. The Caldwells have now completed their journey and hope to meet with health officials to discuss their proposal for federally-funded medical cannabis research.

“Myself and Billy are overwhelmed with the fantastic support that we have received traveling across the country – we have met friends, supporters and patients and will never forget any of you,” said Charlotte Caldwell, according to Leafie. “We’ve arrived in Westminster today to meet MPs, hand deliver my response to the Prime Minister and to once and for all unlock the tortuous deadlock for patients and our wonderful NHS doctors.”

The “I am Billy” campaign aims to increase public access to medicinal cannabis via the UK’s publicly-funded healthcare system. To start, the activists are asking the UK National Institute for Health Research to fund a new clinical trial to provide real-world insights into the medical use of cannabis. From there, the campaign hopes to found a non-profit medical cannabis clinic that would provide affordable medicine while collecting clinical data for further research.

Without access to legal medical pot, nearly 1.4 million adults in the UK are relying on black market weed to treat chronic pain, anxiety, or a wide range of other conditions. According to a recent survey, 56 percent of Brits are using “street cannabis” on a daily basis to treat symptoms of chronic illness. Two-thirds of respondents said they were spending £99 to £199 on black market pot, money which would be better spent supporting a legal medical marijuana industry – if it existed.

“We are politely calling on the Secretary of State for Health Matt Hancock to sit down today with us to discuss the next steps for allowing patients to access government-funded medical cannabis,” said Charlotte Caldwell, Leafie reports. “We have the solution, the expertise, and the team are ready to go. Let’s end the misery of cannabis patients by finally allowing them access to the medicine that works for them whilst gathering much needed data on efficacy and safety of Cannabis Medicine.”

Charlotte’s Web Announces Completion of One of Three Hemp…

The Hottest Hip Hop Documentaries for Your Next Movie Night

Consider Yourself A Foodie? Try These 10 Weed Products

What Happened to the $650 Million Dollar Cannabis Ponzi Scheme

Why Do Republican Lawmakers Want President Biden to Reclassify…

Caring For Your Senior Dog