Is the Republican’s Bill to Legalize Marijuana Dead-On-Arrival if Mitch McConnell Doesn’t Support It?

Former Wrestling Superstars Now Getting into the Marijuana…

9 Facts You Might Not Know About Legal Cannabis in America 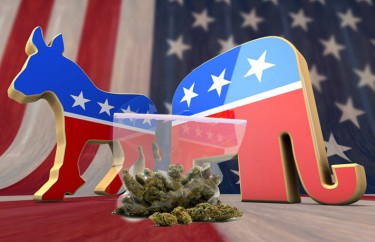 The other week I wrote about how the Biden administration was squandering their cannabis-ace which was reflected in cannabis stocks and the apparent loss of confidence in the Democratic Party when it comes to issues of legalization.

It seems that the Republicans have also been paying attention and as a result, a Republican sponsored pro cannabis bill has spurred an increase in the value of cannabis stock since the document was leaked to the public.

It’s no secret that Democrats have been pushing major cannabis reform for quite some time now, however – they didn’t have the Republican vote for several reasons. Some of these reasons include that the bills (according to Republicans) is too far reaching and large scale which makes some of the Republican base a bit uncomfortable.  Is the bill dead-in-the-water with a freshman Repulican Senator introducing it and without Mitch McConnells support?  We shall see, but be careful making financial moves thinking this bill is a sure thing to get passed.

Especially since Republicans believe they want small government (at least in theory). The bill, sponsored by Rep Nancy Mace (R-SC), is entitled States Reform Act, which balances out States rights, business interests and includes some of the social reforms that the democratic bills aim to rectify.

The reason this bill is important is because it is Republican sponsored – meaning the very factor that Democrats have been warring against for the past few years can potentially come to a resolution.

Let’s take a look at what the bill currently looks like. It’s important to note that this is still in circulation and getting feedback before being officially made public later this month.

The basics of the Republican Sponsored Bill

Here’s what the Republican Bill wishes to achieve;

While this is only the tip of the iceberg, we are seeing a very sensible approach to legalization that would appeal to both Democrats and Republicans. Of course, all of these points are subject to change and as the initial preliminary topics are discussed among other sponsors – we could see a very different bill reach the floor.

Nonetheless, let’s analyze what we know so far…

A Bill that Appeals to Both Sides

Bipartisan appeal has been the major issue for cannabis legalization and even though the MORE Act does provide some strong points – the social justice aspect of the bills typically deter Republicans from getting on board.

As you can see, there is minimal “social justice” when it comes to the Republican bill. It seems far more concerned with States, small and medium business and the end consumer. Within the Democratic bills, we are seeing a huge portion of it dedicated to “rectifying the negative effects of the War on Drugs” as a means to undo the injustices that has negatively affected a large portion of the population.

While ethically, this is probably the best thing to do – it does pose a problem in that it is a sense of affirmative action. When you say, “x% of licenses must go to people of color”, you are creating a system where the best candidate may not be eligible to participate simply because of the color of their skin.

Conversely, if the Republicans are attempting to legalize cannabis in a similar fashion to alcohol – it would mean that the licensing schemes of cannabis could greatly diminish. It would no longer require these “extensive” requirements and high price tags we are currently seeing when it comes to licensing and ensuring you follow regulatory practices.

Personally, I think that low-balling the licensing and providing “grants” to the disenfranchised would actually provide greater impact than to forcibly give a group of people favor to the industry simply due to the past criminality of the plant.

It’s far better to remove their criminal records and create a grant system that can enable entrepreneurs to lift themselves up within their communities.

Furthermore, the 3.9% excise tax seems very reasonable and most businesses would find that it would only slightly increase the cost of operation – most of which would be outsourced to the consumer either way.

While this Bill is still in its infancy, if it does gain traction and it seems that the cannabis industry is smiling at the sound of it – we can possibly see a Republican bill make it across the finish line.

If that is the case, then the Democrats would have completely screwed the pooch when it comes to legalization, especially since they held the majority in Congress and the Senate. Doubling down on Covid Mandates and ignoring cannabis reform could even cost them the presidency in 2024.

Hopefully, we don’t see a Trump vs Biden in 2024 – If that’s the case, then the US has not learned its lesson and is bound to repeat another four years of disenfranchisement. One thing is certain, the delay in legalization didn’t help the DP cause.

THE PATH TO LEGALIZATION, READ MORE… 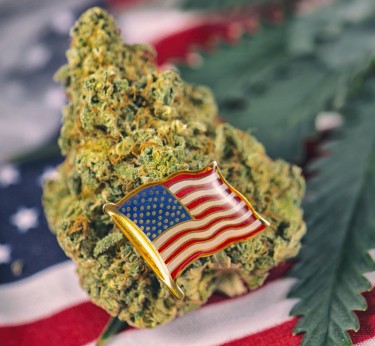 IS THERE A PATH TO LEGALIZATION IN 2021, STILL? READ HERE!

Former Wrestling Superstars Now Getting into the Marijuana Game

9 Facts You Might Not Know About Legal Cannabis in America

Weedmaps vs. Leafly – How Much Bigger is WM Technology Compared…

We Don't JAM the Same with Tommy Three Plates, Chito Sexto and DJ…